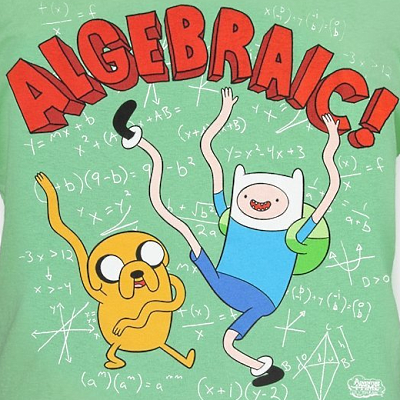 Collaborative filtering is a method of making automatic predictions (filtering) about the interests of a user by collecting preferences or taste information from other users. The underlying assumption of the collaborative filtering approach is that if a person A has the same opinion as a person B on an issue, A is more likely to have B’s opinion on a different issue x than to have the opinion on x of a person chosen randomly.

The image below shows an example of predicting a user’s rating using collaborative filtering. At first, people rate different items (like videos, images, games). After that, the system is making predictions about a user’s rating for an item, which the user has not rated yet. These predictions are built upon the existing ratings of other users, who have similar ratings with the active user. For instance, in the image below the system has made a prediction, that the active user will not like the video.

Apache Spark is an open source cluster computing framework that lets you do large-scale data processing, with APIs in Java, Scala, Python, and R. Spark has efficient implementations of parallel transformations and actions built-in, such as map, reduce, filter, groupByKey, and many others.

It also has a set of supporting libraries and third-party packages such as GraphX and MLLib.

We’ll be using Python and pySpark since we’ll have convenient access to most of the scientific computing libraries such as NumPy and SciPy.

Refer to the MLlib guide for usage examples. 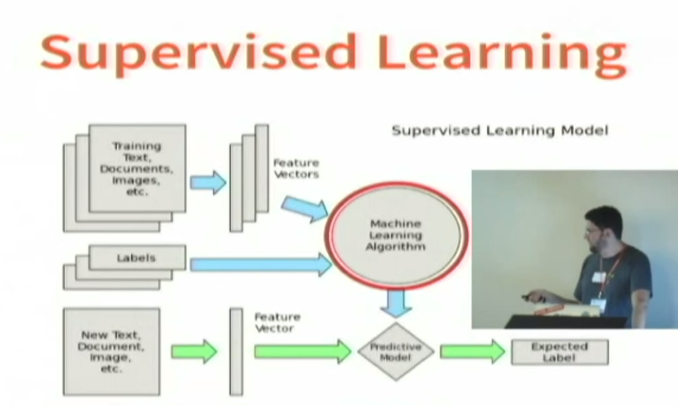 Building ML applications is an iterative process that involves a sequence of steps. To build an ML application, we follow these general steps:

Framing the Problem & Acquiring the Data

We’ll use an existing, cleaned, and validated movielens dataset to build a movie recommendations system. This way, we don’t have to to collect, clean, and validate a dataset on our own.

Feel free to start with the 100k dataset, although our system will be able to handle the 20M dataset as well.

Looking at the raw data and the accompanying README, we have the following input data:

We’ll need to process this data into vectors containing relevant features or attributes before we can perform any analytics. This process is called feature extraction.

To verify you have a working Spark setup, try the following in your interpreter: type(sc) should return pyspark.context.SparkContext

Before we jump into using machine learning, we need to break up the ratingsRDD dataset into three pieces:

To randomly split the dataset into the multiple groups, we can use the pySpark randomSplit() transformation. randomSplit() takes a set of splits and and seed and returns multiple RDDs.

In the next part, we’ll generate a few models, score each, and decide which model is best. We will use the Root Mean Square Error (RMSE) or Root Mean Square Deviation (RMSD) to compute the error of each model.

RMSE is a frequently used measure of the differences between values (sample and population values) predicted by a model or an estimator and the values actually observed. The RMSD represents the sample standard deviation of the differences between predicted values and observed values. These individual differences are called residuals when the calculations are performed over the data sample that was used for estimation, and are called prediction errors when computed out-of-sample. The RMSE serves to aggregate the magnitudes of the errors in predictions for various times into a single measure of predictive power. RMSE is a good measure of accuracy, but only to compare forecasting errors of different models for a particular variable and not between variables, as it is scale-dependent.

Versions of Spark MLlib beginning with Spark 1.4 include a RegressionMetrics module that can be used to compute the RMSE.

The process of training an ML model involves providing an ML algorithm (that is, the learning algorithm) with training data to learn from. The term ML model refers to the model artifact that is created by the training process.

The training data must contain the correct answer, which is known as a target or target attribute. The learning algorithm finds patterns in the training data that map the input data attributes to the target (the answer that you want to predict), and it outputs an ML model that captures these patterns.

You can use the ML model to get predictions on new data for which you do not know the target. For example, let’s say that you want to train an ML model to predict if an email is spam or not spam.

We will use the MLlib implementation of Alternating Least Squares, ALS.train(). ALS takes a training dataset (RDD) and several sparameters that control the model creation process. To determine the best values for the parameters, we will use ALS to train several models before choosing the best model.

Finally, we can test the quality of our best model by ALS.train() using our bestRank parameter.

We used the trainingRDD and validationRDD datasets to select the best model. Since we used these two datasets to determine what model is best, we cannot use them to test how good the model is - otherwise we would be very vulnerable to overfitting.

To decide how good our model is, we need to use the testRDD dataset.

The steps are similar as the previous step:

That’s it! You’ve trained, validated, and tested your ML model! Now, you can use the model to predict how users will rate any as-yet-unrated movies.

First, we can add a new user’s rated movies to the training dataset and train a new model herModel using Spark’s union transformation. Given an RDD unratedMoviesRDD containing a user’s unrated movies, we can then call herModel.predictAll(unratedMoviesRDD) to generate that user’s predicted ratings! Remember, these predictions are built upon the existing ratings of other users, who have similar ratings with the active user. Mathematical!