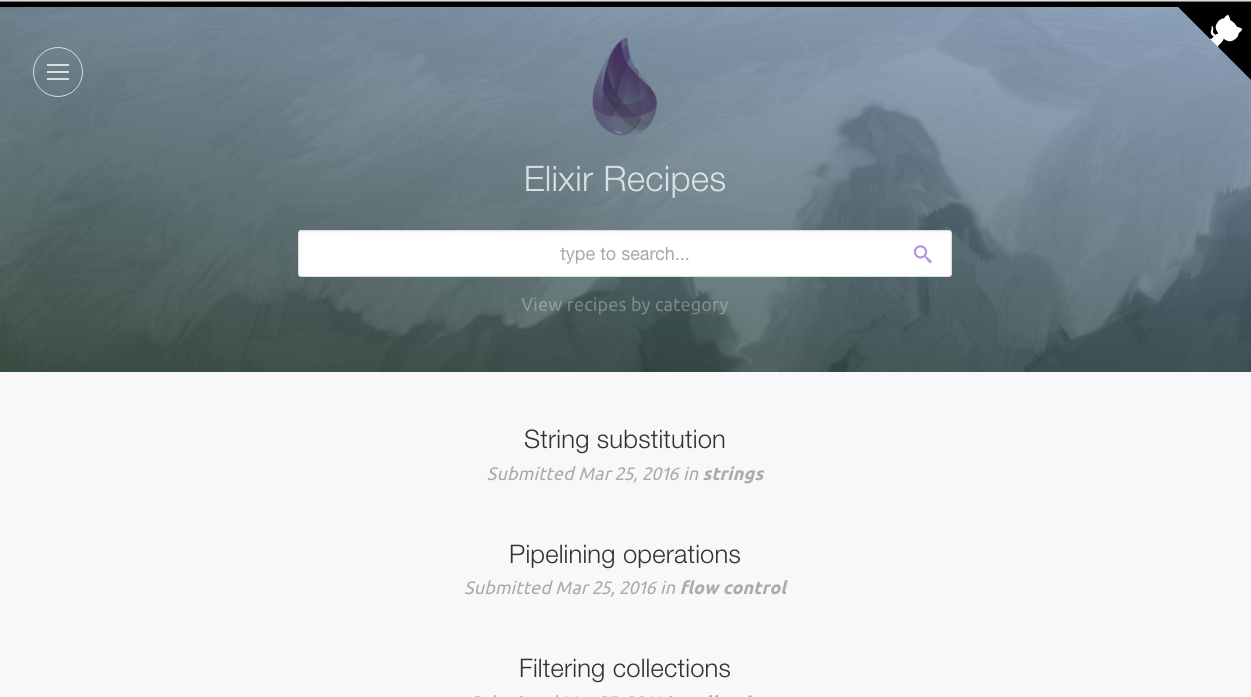 I’ve been spending some time learning Elixir, and I figure the best way to learn is to teach it to someone else. Announcing: Elixir Recipes!

Elixir Recipes aims to be a collection of Elixir programming language solutions to common problems.

I’m still new to Elixir, but I’ve found it to be an amalgamation of ideas I have been fascinated by. Elixir has:

I first heard of Elixir from a talk by Benjamin at Red Dot Ruby Conference. I didn’t give it much thought at the time, but upon revisiting the language I’m definitely intrigued.

Elixir has got so many things right, and I’m excited to work on more Elixir and Phoenix projects in the near future!