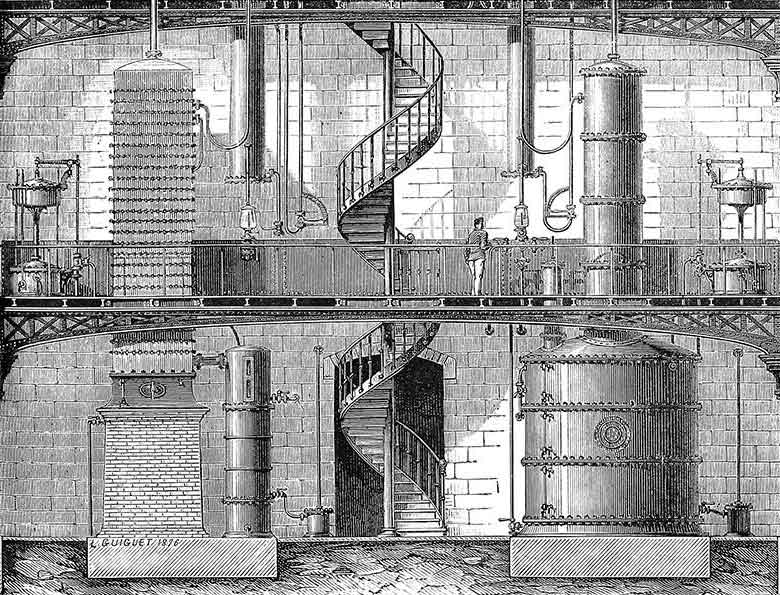 You develop an API backend with a few endpoints and deploy it to production. You publish several official language-specific API clients as well as an API documentation. Your API announces its public release; other developers start using it. Your day ends on a happy note.

The following day, you want to add a new feature to your API. You notice that you have to do a few things:

You let out a heavy sigh.

For every update to your API, the above steps must be done each time to keep everything in sync with each other. Every officially supported API client must support the latest HTTP API endpoints. The documentation must also be consistent and true to the actual implementation.

Each of these steps are labour intensive and error prone. Thus, it makes sense for us to automate these tasks away so we can focus on actually building features.

API Specification Languages such as Swagger (aka OpenAPI) defines a language-agnostic, standard representation of your REST APIs. As the single Source of Truth of your API, we can directly autogenerate artifacts such as server stubs, client SDKs, and documentation from it that are consistent with your API specification.

You can open the above minimal.yaml spec on the online Swagger Editor.

As you can see, we have a specialized DSL to describe the endpoints of our API. In the above, we say that we have a GET endpoint at path / which returns a 200 OK response.

Take a look at some more examples on the online Swagger Editor to get a feel for the syntax. I will leave you to learn the Swagger syntax on your own time.

You might have observed that we’re taking a “Design First” approach by starting with defining a specification for our API before going to implementation. This approach takes an initial investment in spending time with Swagger, but will save you much time and effort in the long run.

If you’d like, you can generate both stub and client from the online Swagger Editor directly without having to set up a local development environment: 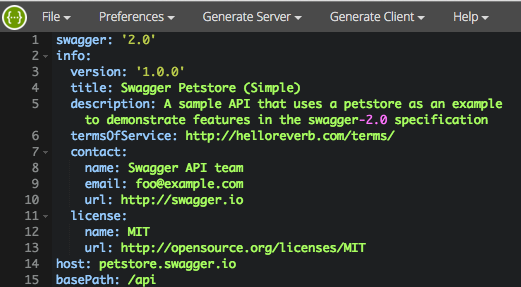 Installation is easy on Mac OSX:

Point to a filepath containing your Swagger file and run swagger-codegen generate:

Below is the generated Ruby client:

You’re not limited to Ruby. You can generate client SDKs for about every major language or platform. Here is a list of built-in code generators:

Like the client generator, the server generator has many target languages / platforms available out of the box.

We can generate HTML documentation that is available as a single-page application with AJAX with swagger-codegen by passing in dynamic-html as the language option:

The above generates and launches a Node.js server for rendering the documentation. 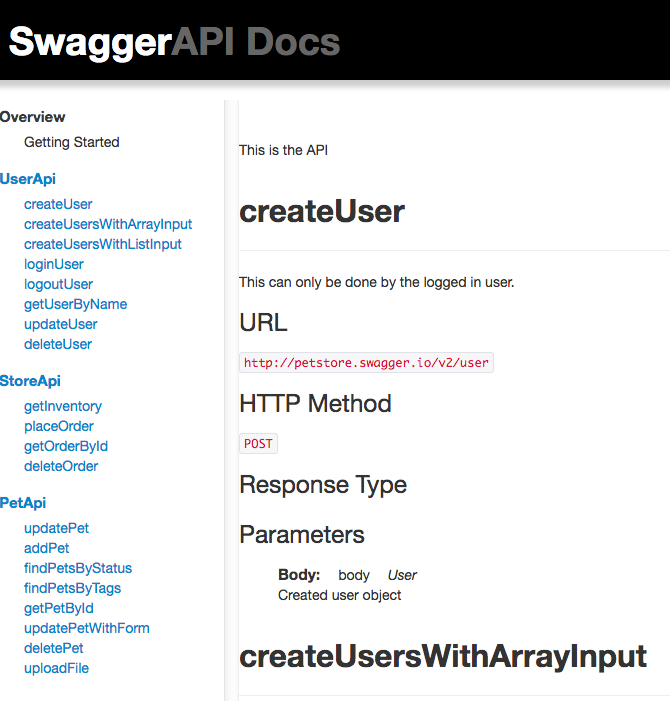 Prefer static html? Use html instead of dynamic-html.

In addition, we can generate interactive documentation based on our API spec using swagger-ui. The nice thing about swagger-ui is you get an interactive API playground. 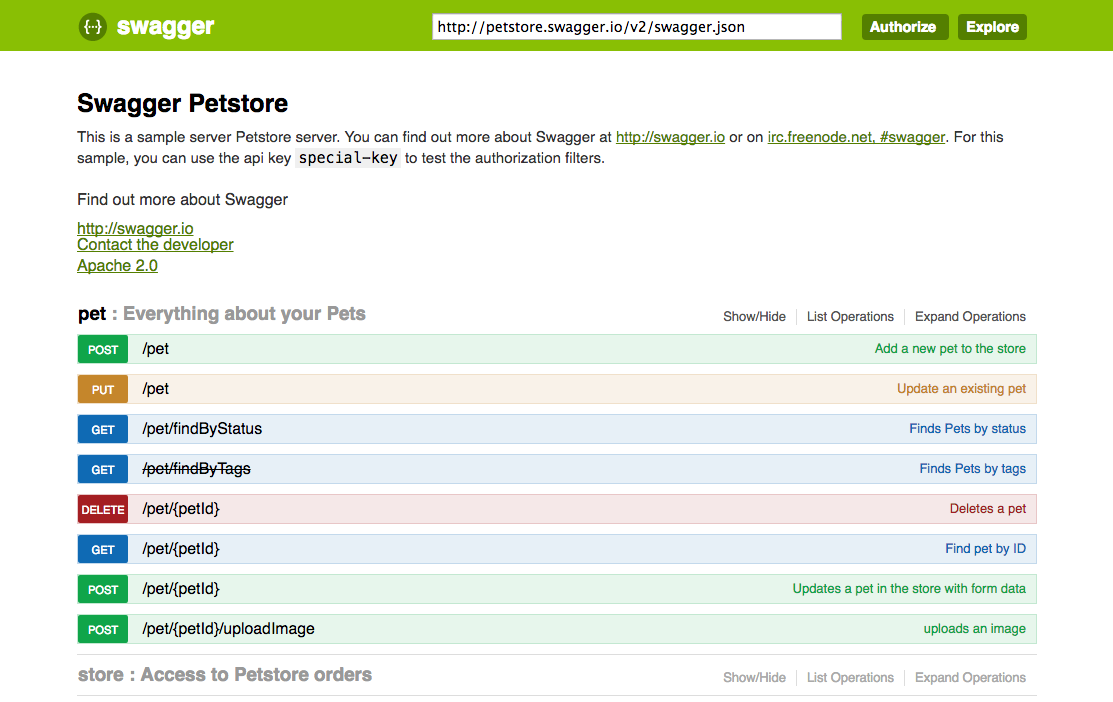 Here is a live demo.

Alternatively, you can skip local configuration and use the online generators. For example, to generate a Ruby API client, simply send the following HTTP request using curl:

Then you will receieve a JSON response with the URL to download the zipped code.

Swagger has especially good support for Node.js projects with:

If you’re using Node.js as your main stack, you want to check these projects out.

Recently, there have been efforts to standardize the plethora of API specification languages into a single, de-facto Open API Standard, which is based on Swagger 2.0.

However, you should know that there are other API specification ecosystems available out there, such as Heroku’s interagent which is based on JSON Schema.

With a bit of initial investment, we’ve automated labour-intensive and error prone API development tasks away so we can focus on actually building features.