How to Write Gas Efficient Contracts in Solidity 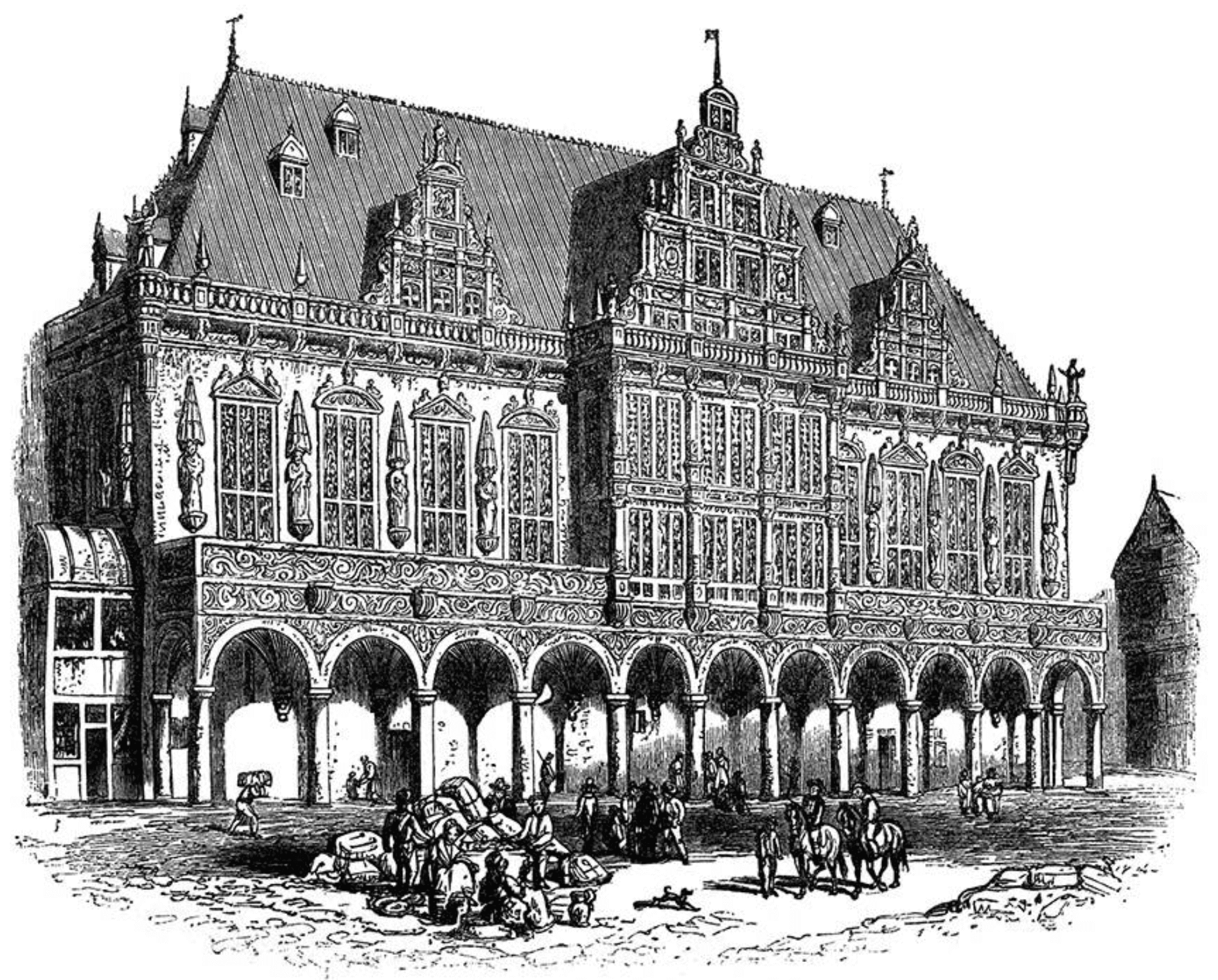 Computations on Ethereum cost gas. If you’re not careful, you may end up writing contracts that cost more than they should. High gas costs kill usability!

A common cause for high gas costs is an inefficient storage layout in Solidity contracts. In this post, let’s look at some tips you can use to help you write more gas-efficient contracts.

Read on to learn more!

When state variables of Solidity contracts are stored in storage, they are stored in a compact way such that multiple values sometimes use the same storage slot. Except for dynamically-sized arrays and mappings, data is stored contiguously as 32-byte words, item after item starting with the first state variable, which is stored in slot 0.

The size of each variable is determined by its type. Here is a summary of Solidity value types and their size in bytes:

Here’s an example of how a contract’s storage might be laid out:

In Example #2, multiple variables of value types may share a storage slot, within which each variable only takes up as much space as it need to.

Any items with a size under 32 bytes are packed into a single storage slot if possible, according to the following rules:

In short, optimizing storage layout in Solidity is like trying to pack items into the least number of boxes. The less boxes we need, the better.

Before we proceed, we need a way to inspect what our contracts’ storage layout looks like.

The storage layout of a contract can be viewed in the Standard JSON interface files which comes from the Solidity compiler. The output file is a JSON object containing two keys, storage and types:

If you’re using Hardhat, you can find these files in the artifacts/build-info/ directory that’s generated when you run hardhat compile.

The storage field for the above contract is an array where each element has the following form:

In addition to the storage, the JSON file contains types. In the following example, t_uint256 represents an element in types, which has the form:

You can inspect the storage and types fields to understand how much space each type consumes and how they are packed. Here’s a larger example:

In the above file, we can see that:

You can generate and use this report to inspect how your contracts’ storage is laid out. Try it out with some dummy contracts!

Armed with this knowledge, let’s learn some tips to optimize our Solidity contracts!

Reading and writing from each storage slot cost gas. Packing variables lets us reduce the number of slots our contract needs.

The first approach results in no variable packing. It takes up three storage slots.

In comparison, the second approach benefits from variable packing and takes only two slots.

When using types that are smaller than 32 bytes such as uint8, your contract’s gas usage may in some cases be higher than if you use uint256.

This is because the EVM operates on 32 bytes at a time. The EVM will still occupy 256 bits, fill 8 bits with the uint variable and fill the extra bites with zeros. Therefore, if the element is smaller than that, the EVM has to do more operations to convert the element between 32 bytes and the desired size.

It might be beneficial to use smaller-size types if you can get the compiler to pack multiple types into one storage slot (see the previous section on Variable packing), and thus, combine multiple reads or writes into a single operation.

However, if you are not reading or writing all the values at the same time, this can have the opposite effect. When defining a lone variable, it can be more optimal to use a uint256 rather than uint8.

Tip #3: Use bytesN instead of bytes[]

The value types bytes1 … bytes32 hold a sequence of bytes from one to up to 32. You should use bytes over bytes1[] because it is cheaper, since bytes1[] adds 31 padding bytes between the elements. Due to padding rules, this wastes 31 bytes of space for each element.

If you can limit the length to a certain number of bytes, always use one of the value types bytesN because they are more gas efficient.

Tip #4: Use fixed-size bytes32 instead of string / bytes

Fitting your data in fixed-size 32 byte words is much cheaper than using arbitrary-length types. Remember that bytes32 uses less gas because it fits in a single EVM word. Basically, Any fixed size variable in solidity is cheaper than dynamically sized ones.

Only update storage variables with the final results of your computation, after all intermediate calculations instead of at each step. This is because operations on storage is more expensive than operations on memory / calldata.

In the sample code above, function B() is more gas-efficient than A() because it does less storage writes. Use local variables to store your intermediate results, and write to storage last.

Here is a cost comparison:

As you can see, the difference is potentially massive. Minimize writes to storage and do them last. Note that are numbers are post-Berlin upgrade numbers (EIP 2929.)

You might also notice that ‘cold’ reads on the EVM are more expensive than ‘warm’ reads. This is yet another reason for miniziming the number of storage slots and variable packing (Tip #1.)

You get a gas refund when you ‘empty out’ variables. Deleting has the same effect as reassigning the value type with the default value, such as the zero address for addresses and 0 for integers.

Deleting a variable refunds 15,000 gas up to a maximum of half the gas cost of the transaction.

Tip #7: Use constant and immutable keywords

Reading constant and immutable variables is no longer considered a storage read (SSTORE) because it uses EXTCODE* opcodes instead which is much cheaper.

Anytime you are reading from storage more than once, it is cheaper to cache variables in memory. An SLOAD cost 100 GAS while MLOAD and MSTORE only cost 3 GAS.

This is especially true in for loops when using the length of a storage array as the condition being checked after each loop. Caching the array length in memory can yield significant gas savings when the array length is high.

When making repeated external calls when the values between calls do not change, cache the values:

++i costs less gas compared to i++ or i += 1 for unsigned integers. This is because the pre-increment operation is cheaper (about 5 GAS per iteration).

i++ increments i and returns the initial value of i. This means:

In the first example, the compiler has to create a temporary variable (when used) for returning 1 instead of 2.

In contrast, ++i returns the actual incremented value:

This tip is applicable for loops as well.

Tip #14: Use Custom Errors instead of Revert Strings to save Gas

Starting from Solidity v0.8.4, there is a convenient and gas-efficient way to explain to users why an operation failed through the use of custom errors. Until now, you could already use strings to give more information about failures (e.g., revert(“Insufficient funds.”);), but they are rather expensive, especially when it comes to deploy cost, and it is difficult to use dynamic information in them.

When using elements that are smaller than 32 bytes, your contract’s gas usage may be higher. This is because the EVM operates on 32 bytes at a time. Therefore, if the element is smaller than that, the EVM must use more operations in order to reduce the size of the element from 32 bytes to the desired size. The EVM needs to properly enforce the limits of this smaller type.

Using smaller-size uints such as uint8 is only more efficient when you can pack variables into the same storage slot, such as in structs. In other cases and in loops, uint256 is more gas efficient than uint8.

Tip #16: Non-strict inequalities are cheaper than strict ones

In the EVM, there is no opcode for non-strict inequalities (>=, <=) and two operations are performed (> + =.) Consider replacing >= with the strict counterpart >:

Tip #17: Use external instead of public where possible

Functions with the public visibility modifier are costlier than external. Default to using the external modifier until you need to expose it to other functions within your contract.

If a function is only callable by other functions internally, specify it as internal. Internal functions are cheaper to call than public functions.

When Solidity variables are not set, they refer to a set of default values:

Gas is spent when you unecessarily initialize variables to its default value:

Keep in mind that storage optimization techniques can run counter to code readability. When in doubt, be sure to aim for a balance between efficiency and readability.